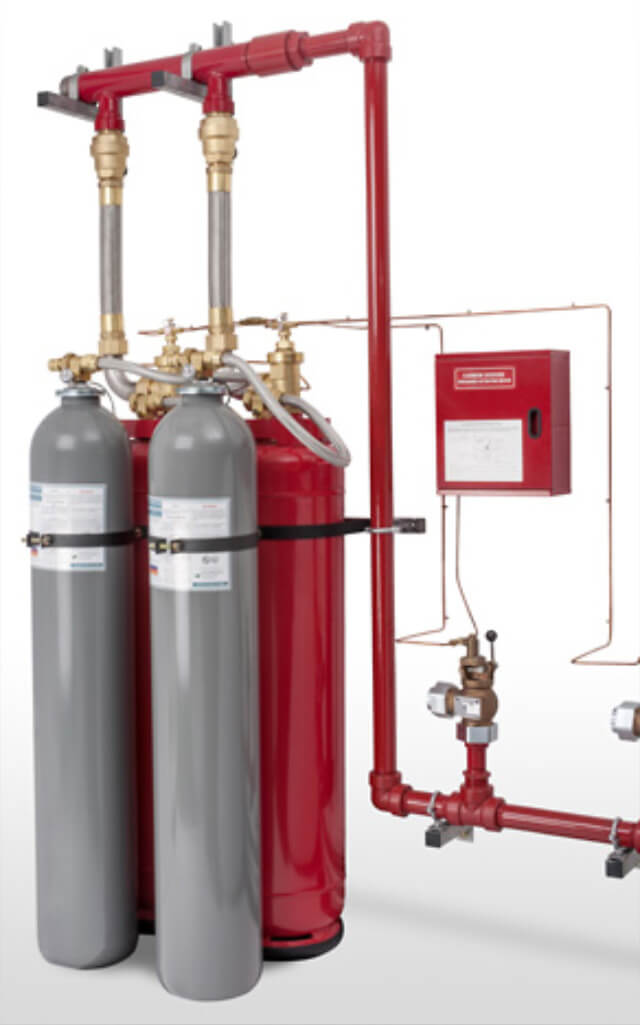 Water is the oldest but most effective fire suppression agent. Water still is protecting its effecience and importance on suppression due to its cooling and evaporation effect. Conventional suppression systems use big water drops on small suppression area and water consumption is very high. The goods inside the effected area can be damaged because of usage plenty of water.

Hybrid system use a similar system with conventional fire extinguishing systems. But this time the water droplets (less than 10 microns) are 100 times smaller than 1 water drop. Hybrid system uses less water than the conventional system and emits 50% more emissions and completely extinguishes. Unlike other systems, AKRONEX hybrid suppression system utilizes both water and nitrogen at best level. Water and nitrogen complement each other at perfect level and extinguish fire.

For small fires, nitrogen is the main fire-fighting agent. The Hybrid system reduces the oxygen in the area to the breathable level. The homogeneous mixture of water droplets and nitrogen gas is propelled with enough energy to overcome the drag effect that has limited the effectiveness of traditional water mist systems.

The effectiveness of a hybrid system in fire suppression depends on its spray characteristics, which include the droplet size distribution, flux density and spray dynamics, with respect to the fire scenario, such as the shielding of the fuel, fire size and ventilation conditions.